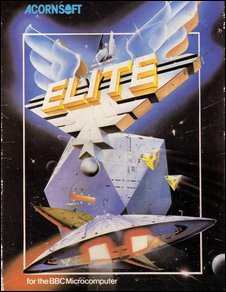 Progress update. Still good. Finished Chapter 8 this week – which is actually halfway, closing of the first part of the book. 53,210 words. Those will be off to my editor shortly. Also – both contracts (one for Frontier Developments and one for my Publisher) are signed, sealed and posted.

So, onto today’s update. A particularly interesting, and perhaps, controversial topic this week.

A poll was recently run on the official Elite forums as to who was a boy and who was a girl. It wasn’t very subtly worded and the results unsurprising. The subsequent discussion was disappointingly immature.

Perhaps this is to be expected. Elite Dangerous is effectively a reboot of an 80s space game where you fight, kill, rob, blast and generally ‘missile and laser’ your way through the unknown. These are fairly hackneyed male stereotypes. Sophisticated it isn’t.

I read this blog, by Lisanna, indicating why she doesn’t play ‘Eve Online’ (another space game in a similar genre.) Her analysis is interesting. The specific things I picked out were the lack of people (in favour of spaceships), the lack of ‘nurturing’ options, lack of in-game community and so on. Game advertising failed to highlight strong female leads… hmmm.

I’m not here to discuss whether women should be more equally represented in games. I’m not qualified. I’m not a woman or (much of) a gamer. I’m a writer, so let’s have a look at something I can talk about. Lisanna’s given me the hook. Strong female leads.

Joss Whedon, of Buffy, Firefly and Dollhouse fame, came back with an awesome quote once when asked why he featured so many strong female leads in his writing. His answer was:

“Because you’re still asking me that question.” 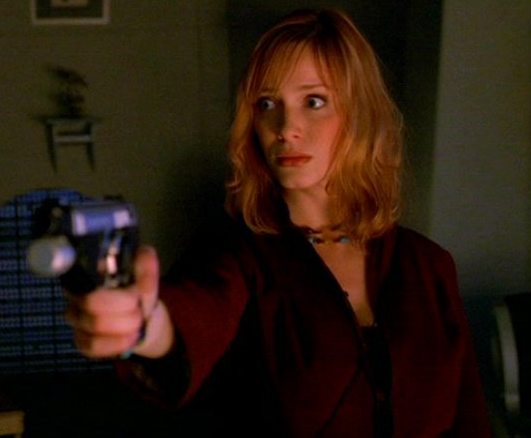 YoSaffBridg – Probably one of the best and most enigmatic female characters in any show, sci-fi or otherwise. We never even learnt her real name.

I agree with this 100%. In my experience women are naturally strong characters, far more so than men. I’ve had the privilege of meeting a lot of women in my life; mother, sister, classmates, girlfriends, wife, friends, work colleagues. I can’t recall any I would regard as ‘weak’. Sure they’ve often behaved in unfathomable ways, making strange decisions and odd choices, but weak? Not often.

I’ve seen many women succumb to depression, brought on by not being able to reconcile their gifts with a place in what is unarguably a male dominated world. I’ve seen them crushed by others, hurt, bullied and frowned upon, passed over for promotions, ridiculed and pushed around. I’ve seen them down, but never out. Weak? Not in my experience. A woman scorned? You’d better believe it. Sci-fi has generally portrayed women poorly. From the B-movie serials of the 40s through to Doctor Who, the screaming hysterical woman (often conspicuously well endowed) is a constant trope. She’s the glamorous eye-candy sidekick to the tough male protagonist, emphasising his masculinity.

Other clichéd examples include the mean old bird whose fought her way to the top despite all the men and is now more manly than they are.

If the woman is cast as a baddie, she is ‘converted’ by the hero’s dashing charm and personality before the end of the story.

You’ve also got the feisty woman, who’s as good as any man and proves it, but, of course, she’s only really yearning for the right man and usually falls for him before the end of the tale. 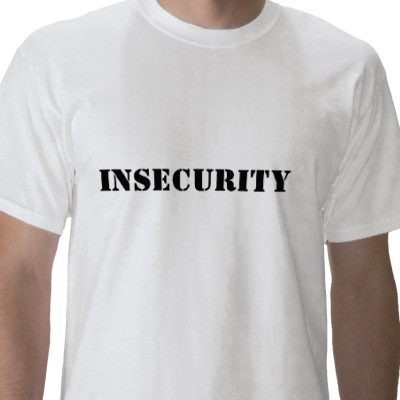 This should come as no surprise!

I hate this stuff. It’s lousy writing as far as I’m concerned, but more – it’s not realistic. Women do not act this way. I think it’s actually male writers’ insecurity coming out, making ‘their’ female characters conform to a fantasy of their making. What does that tell you about them?

To me, women are just people. Odd, fun, attractive, scary people; but people. I’ll let you into a secret I use when writing.

My characters and their mannerisms are written up long before I apply gender, race, creed and description to them. They all start as generic people. I write what they do, how the story works and figure out their motivations and where they end up and only then apply ‘flavour’, i.e. are they male or female, rich or poor, caucasian or asian. It’s simply not important up until that point. That way (I hope) I eliminate any predetermined natural bias in my stories. You should be able to flip the gender of any of my characters (minus obvious descriptive differences) and not really affect the story at all. I sometimes do that as a thought experiment to see if it works. If it doesn’t, guess what – rewrite time.

When you read Elite:Reclamation you’ll not find much in the way of description of what the characters look like. There’ll be no bust or waist measurements. I do like to give you the hair and eye colour to differentiate, but I’ll focus on their stance, attitude, bearing and posture. If you know your body language, this will already be telling you something about the character. Use your imagination.

Yes women act differently and I have to reflect that. My observations show me that women are generally (and if I drop into clichés here do scold me) far better at scheming and strategy, particularly long term. They will generally react more emotionally to a situation; sometimes this is a good thing, sometimes it’s not. This is a great hook for writing a follow on scene – what are the consequences?

So are there some good examples of women in sci-fi? Yes there are. These are the ones that have particularly influenced me…

Still not sure about that hairdo though…

For a mainstream film, Star Wars portrayed Princess Leia reasonably well. She faced down Darth Vader and Grand Moff Tarkin without flinching. She was a Senator, a high political office and commanded respect from all of those around her in the Rebel Alliance. She could lead and expected others to follow her – I would. Although she did fall for the the rugged charms of Harrison Ford in the end – though as many women have told me – who wouldn’t? 😉

In the written word, Lessa, in Anne McCaffrey’s dragon series is a superb character; brutal, scheming, compassionate, bitter and troubled. Anne had a huge influence on me – I’m a fan of her ability to bring her characters to life so effectively. Lessa is a leader, a killer and a lover, a woman to be feared, admired and desired all in one. Strong, yet diminutive; fierce yet with an ultimate softness to her. An amazing character.

You didn’t want to mess with this girl…

Another you probably haven’t heard of is ‘Tsu’. She’s a character from a children’s series called ‘Starstormers’. For the most part this was the ‘Famous Five’ in space and, critically, not very good. Tsu was the highlight though. Unlike the squeaky clean Famous Five, she betrayed her friends and handed them over to the antagonist. Why? She was being blackmailed and her parents’ lives threatened. She could hack computers and knew how to fight. A slightly brutal, twisted and hurting character, she jumped out of the text where the others were just ordinary kids.

These are believable women, women who have desire and wants that make sense. They’ll fight for who they care about, they’ll push people out of the way if needs be. They’ll manipulate the men around them should they need to without simply resorting to sex. They are nuanced, they are enigmatic and unpredictable.

So back to my book.

It’s reassuring to see that I have a 33% / 66% split of ladies to gents according to Elite:Reclamation’s facebook page – that’s pretty good for a sci-fi novel – but I’d prefer it to be more equal. My generic writer’s page (mostly about my romance/drama novel Torn) actually has more female fans than male.

What I aim for overall is believable characters. Strong characters who you can love, hate, admire or despise whether they are women or not. My books are about people, regardless.

My leading lady is quite a character. Flawed, unhappy and much maligned… but believable.

I hope women will love the story of Elite : Reclamation. Yes it’s based in a sci-fi universe in the distant future, but that’s only the scenery. The story is about loss, betrayal, revenge, unfairness, struggle, manipulation, finding your place in a hostile world and finally… well, you’ll have to read it won’t you?

These are all things to which we all relate. I see women constantly striving with these issues in their day to day lives and hope to have reflected that in this story.

My experiences of how women deal with unfairness, being passed over for promotion, being hurt by the callous actions of others – this is the grist of Elite:Reclamation. The ships and lasers are minor details.

I think you’ll enjoy it.

Share this:
Never underestimate the power of an idea
Halfway on the first draft!