There’s going to be a battle

This looks utterly astonishing – not pre-rendered, this is in-game generated. I’m sure you’ve seen it by now, but it’s embedded here because it’s just fabulous to watch. I’m going to be studying this in some depth to ensure I start to capture this feeling in the story. This is the first time we’ve seen a proper fire-fight, so plenty of work to do – up to now I’ve only been guessing at what this would feel like – now we’re starting to see it – exciting times!

In the meantime, if you haven’t seen it – watch it. I can think of no better advert for the game at present. It’s looking superb! Something like this happens in one of the later chapters of my book. It was like watching a film of my story.

Maybe it will be possible to script events into the game engine and choreograph things for movie making. Frontier seems to be able to do it and there are plenty of us creative types around… 😉

Just check that footage out though… There is loads of stuff to obsess over here, explosions, tactics, ship dynamics, weapons fire (beam weapons at last!), damage, hyperdrive, jump drive… the list goes on.  The Imperial battleship with its artificial gravity habitat. Heavy ship-to-ship ordnance, the comms system, cockpit dynamics, the music. We’ve been advised that this representation isn’t the final flight model though, so we’ll have to see how that continues to develop. Hopefully  pilots will be able to pull some interesting manoeuvres during combat once they become proficient.

The idea that some of my story situations will also be represented in game based on this… (and breath!)

I enjoyed the sense of inertia in the hyperspace/thruspace drive, though with my ‘science’ hat on it doesn’t make sense that you can have that but not have anti-gravity tech. Any technical society that’s able to cope with that kind of acceleration should have no trouble with anti-gravity technology (the problem is essentially the same). I may start a discussion thread on that one! It still strikes me as slightly odd.

The music is strong, but a little derivative I feel (it’s fairly standard ‘epic’ orchestral arrangement). It will be good to see what the music is like in the quieter moments. Ship to ship combat… well. Capital ship commanders who let their ships get that close when they’ve still got operational long range weapons wouldn’t be in command for long… clearly the video is there to showcase the music and the abilities of the engine, so we shouldn’t be too hard on them!

All in all… phew. It looks great. 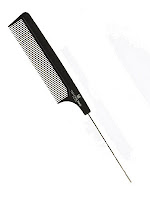 Can’t see this being much use to be honest.

Back to my book for a moment – the first draft is now in the hands of my editor, who’ll be going over it with a fine toothed comb (not literally one presumes) and will give me all the necessary feedback. There is lots of editing and tweaking still to go, but that’s a task for the future.

I’m also reading the story myself, it’s a little odd to be reading it rather than writing it, but it gives me a chance to reflect on whether or not I think the story comes across as I intended. So far so good, but there are some rough edges I’m going to have to fiddle with.

I promised you a video myself… I’m afraid it’s not ready yet, so you’ll have to bear with me. (I’m almost glad to be honest – it would have been a little overshadowed by the Frontier vid!) There’s only so much time available in the week and I was ill last weekend with a bad cold. All ok now, but a little slowed down as a result. It’s in the works and should be up before long.

So, in the meantime. This week’s update?

A little about the publishing and promotion side of things.

Not just one Elite novel… but two!

The other big news is that Fantastic Books now have not just one excellent Elite story, but two. John Harper’s “And Here The Wheel” will also be published by FBP, and we’ll be looking at joint marketing activities, most likely complementary cover designs and so on. This is great news, as John is (other than yours truely) probably the most engaged author from a social media perspective – a factor that will play a crucial role as we head towards launch.

You may have seen the odd press release and article pass your browser over the last few days and you’ll see more as we head towards the launch – check the press page if not. Building interest and groundswell around a book is vital and you need to do it long before you’re ready to publish. That’s the reason I launched this website a clear six months in advance of the book coming out. All the videos, audio excerpts and other teasers are also vital to getting the message across… a book is coming!

There’s a lot of technical stuff too. I’ve been working hard behind the scenes to ensure that my website is front and centre when people are looking for Elite Dangerous fiction. Type “Official Elite Dangerous Novel” in Google and see what comes up.

You can’t just hope for the best with internet search engines, you need to optimise your website, get the referring links, submit bits of XML code to Google and stay on top of it…

Why all this fuss?

We’re going up against the big guns in the industry. You might remember from the original Elite Dangerous Kickstarter that Gollancz (probably the UK’s biggest sci-fi publisher) bought three of the writer’s packs. Since then we’ve heard nothing about them, but Gollancz has a major footprint and will have huge marketing resources available to them. I don’t want to get lost in the opening salvoes, so I’ve taken steps to ensure Elite Reclamation is front and centre on the internet when the time comes. They might have the literary equivalent Federation battlecruiser, but we’re small, nimble and ahead of the game… Stay tuned!

What else? I’m hoping to revisit all those gaming sites that ran articles on my ‘Kickstarting a kickstarter’ and show them that there was some reality behind the whole escapade – one is already in the works, so look out for that next week. Fantastic books themselves are plotting things too, so keep an eye on Dan and crew.

I’ll also be a guest on John Harper’s next podcast, so keep an eye out for that as we meet in the Tianve system, a planet famed for its Bony Blue Felines, a strange pulsar, its inhabitants extreme loathing of luxury food blenders and zero-gee cricket…