The pen is mightier than the sword, but only if the pen is very sharp indeed 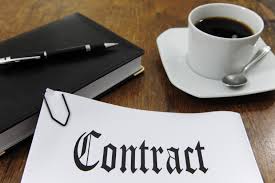 Good progress this week. 40,112 words. This is a tiny bit down from the peak this week. Why? Editing, that’s why. More of that in a moment.

Target for this week was 36k, so still with some time in hand. I did plan to do a video update on Monday, but that got pushed aside in favour of a new slot on ‘LaveRadio’. You’ll see that before too long. It’s great fun to be a part of that and I must be doing something right as they keep asking me back. It is gratifying to see how so many different fans are finding all sorts of ways to keep the rest of us amused during the interminable wait for the game.

In other news I’ve now got a revised contract from Frontier to peruse, and also one from my publisher. It starts getting formal! Legalese is a bit of bore, but it is one of those necessary evils. I need formal permission to use and refer to Frontier assets (ship names, planets, technologies, the Elite logo and so on). On the other side, my publisher will be providing editing, proof-reading and cover design services. Not urgent yet, but it won’t be long. Next week the time remaining will tick under 300 days. Don’t panic!

The Writers’ forum has been relatively quiet this week after the flurry of activity last time round. There’s been a little discussion on medical matters. It would seem quite a few characters are getting injured and the authors need to know how quickly Elite technology can get them back on their feet. Once again, technology is not as advanced as you might expect. There are no Star Trek style ‘dermal regenerators’ for instance.

So this week’s topic : Editing

Editing is one of those words that strikes fear into many authors. Why? Sometimes great swaths of your glorious prose can fall victim to the editor’s red pen. Too long, too wordy, boring, detracts from action, you’ve said that already, clumsy sentence, too many adjectives. The editor’s ballistic arsenal is varied and deadly. No shield technology is going to save you from that onslaught. Yes, it’s not quite as exciting as this…

It is pretty gutting, particularly if you’ve spent hours on a particular section of your story, to find that it’s going to end up on the cutting room floor. I use Microsoft OneNote to keep track of ideas whilst the main draft is in good ol’ Word. There’s a page in my OneNote against each project which is simply called ‘Not Used’. It’s a sort of textual graveyard, haunted by scenes and dialogue that have been removed from the main story. Maybe they’ll rise again, zombie-like, from the Hades of my hard-drive one day…

There is an upside though. A good editor (and I’m lucky here, I’ve got one) can transform a scene from the mediocre to the sublime. A tweak here, remove a few words, tighten the tenses, secure the POV. Little changes can make a huge difference to the flow, the tension and the ‘oh my god I’ve just got to read a little more’…

I’m sending the draft of my story, in pairs of completed chapters, to my publisher for editorial comment and tweaks as I’m going. In one of the earlier chapters there was a space battle between a number of ships. I find these a challenge as I’ve mentioned before (I’m a character and dialogue writer primarily) and my editor wasn’t satisfied with the pacing of that section. Subtle hints are here again. There was a lot of ‘red’. Arrggh.

The most powerful weapon in the entire universe, the Red Pen.

But… take on the feedback, adjust the text, re-read. And…. Wow. The scene is totally transformed. I was reading it to myself, thinking ‘I recognise this’ but it’s so much better than what I’d written. The scene was tense, alive and crisp – much improved over my original, but with all my essential composition intact, pushing the tale on apace. That’s what a good editor does for you. Turns your watercolour daub into an oil painting. It’s magical.

Words get chopped in the process. Of everything I write, somewhere near 10% will be consigned to the ‘Not Used’ file. I never delete anything, you never know when a piece of detritus from one novel might spark a scene in the next one. There are a few small bits of E:R that are based on deleted scenes from other stories, carefully reincarnated from old notes.

“Excellent. It’s really coming along well. It was pulling me out of editing mode and into reading mode!”

My challenge is to make my editor’s job as hard as possible both by improving the quality of what I write in the first place so they haven’t got so much to correct, but also by making the story so compelling they keep having the problem above. 🙂

I write on, Commanders!

Share this:
Keep calm and carry on writing
Forty years I've been at war. A war with no battles, no monuments... only casualties.