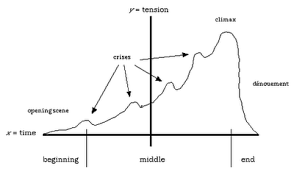 Share this:
A change of scene and an announcement...
Never underestimate the power of an idea