It is different, but it’s also the same We’re into the closing chapters…

The number count rumbles on. 91k words against a target of 88k. I slipped back a little this week as I only had two days writing time rather than four, a combination of taking a day off work to celebrate my wife’s birthday and having to go to my satellite office by car twice this week rather than the usual one.

Result, only two days on the train. Next week I’m on holiday for two days, so a similar slow down will be expected. Am I concerned? No. I’ve surmounted a major issue in the last week – that of how to get all my characters heading into the final showdown in a believable way. This is distinctly non-trivial, as all the characters have to have compelling reasons for why they would seek a confrontation, or try to avoid one. I’m happy with what I’ve got as a plan, I just need to write it! This did require some fairly major surgery to Chapters 10, 11 and 12 though.

I’ve no idea what my editor looks like, but I hope I don’t make her react like this too often…

Those last two chapters are winging their way to my editor now, so I’ll doubtless have some work to do once the red pen has done its thing. In the meantime – on to Chapter 13.

A word, ahem, on the word count. I’d guesstimated early on that the novel would be about 100k words in length. This is a great yardstick, as you saw in an earlier blog post, most novels are around this length. I’m increasingly expecting Elite Reclamation to be a little longer than this. I’m not convinced the story will be wrapped up in 10k words and I won’t be writing to a word limit regardless. It’s only a guide after all. My guess at this point? Let’s go for 110k words. Can I do that by the target time? We’ll see!

In other news I’ve also come up with the idea for my ‘extra’ short story. Those of you who pledged £8 and upwards get this as part of your pledge-reward. It will probably be around 1500-2000 words or so. It won’t be set in the Elite universe (my license from Frontier doesn’t allow that unfortunately) but it will be sci-fi on a related note. Stay tuned! There have also been a few tweaks to the website based on some analytics reports.

I used to be decisive, now I’m no longer sure.

I was asked, via twitter, a couple of weeks back as to whether the process of writing Elite Reclamation was the same as previous books I’d written. The answer, as you might expect from me by now, is – yes… and no.

Yes, because I always plan out the plot, delve into the backgrounds of the characters, visualise people, scenes and locales with the help of artwork, music and so on. I set myself weekly writing goals, report on progress and do my research. I’m not generally a ‘stream of consciousness’ type writer. I do occasionally find my characters running off and doing their own thing, but usually they are slaves to my whim (cue maniacal evil laugh). I’m taking exactly the same approach here as with my previous stories.

Yes, because people are people, whether they’re in the Elite universe or not. They still have quirks and oddities. My stories are always about how people interact, sparking off each other, misunderstanding one another, coming into conflict and arguing. This doesn’t change regardless of where the story is set. 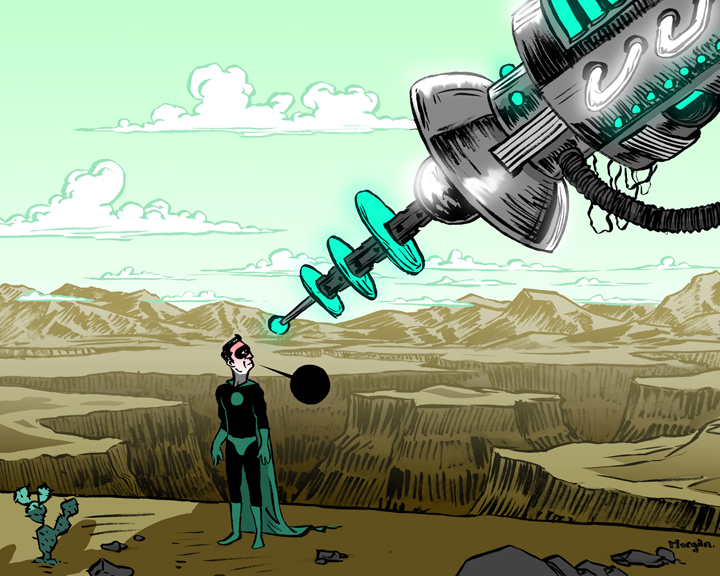 No, because the ‘world building’ is almost completely out of my hands. I still have no map, no confirmed places, no weapons, scant ship details. In my text are lots of markers like <ImperialProxyWorld> and <Unpleasant ParticleWeapon>. There’s even a <MeanAnd NastyShip> in there at the moment! I’ve had to develop techniques to work around the gaps in knowledge that will be filled in the future, in order to be able to write now. Microsoft Word’s ability to insert comments around the text is extremely useful here.

Occasionally a gap is filled. This sometimes requires a bit of a rewrite. To me this is a little frustrating, because, in my normal way of working, I would have worked this detail out in advance and written the scene accordingly. I can’t do that with Elite Reclamation and it has felt a little strange. There are lots of problems associated with rewriting bits of your story – not least the possibility of continuity errors creeping in. I found one the other day were folks were sitting down at the start and then we’re magically walking about at the end.

The main planet in the ‘Shadeward Saga’ is a rather unusual place.

Before Elite Reclamation steamrollered my writing plans back in December 2012, I was working on a different sci-fi epic called the ‘Shadeward Saga’. You can find out about it here, it’s currently languishing on my harddrive at about 70k words complete.

For this book the ‘universe’ was completely within my control. I worked out the planets, the creatures, the plants, the ships, the backstory and the history. It was all mine. I’ve got massive set of research on this – for my own reference. I don’t have this creative freedom with Elite Reclamation. I imagine it’s a bit like writing a novel in any other universe. You have to obey someone else’s rules.

There’s a big upside here though. The universe of Elite is well understood and generally well crafted. I won’t need to set the scene for the political structure of the galaxy, the concepts of hyperspace or the ‘Frontier’. Everyone knows why the ships are named after snakes. I don’t need to find ways to shoehorn in a little about the technology or the way things work as most readers will already know this stuff. I’ve made some gentle introductions for those readers who will come across the book without playing the game, to ensure they’re not left adrift. I really like this Imperial ship, but I could never have imagined it this way myself…

I also have access to a much larger ‘imagination capability’. Dozens of people are fleshing out the Elite universe and often coming up with stuff which I would never be able to generate myself. Artwork, screenshots, timelines, back story, fiction guides… I can review that material and build upon it. This is extremely powerful and compelling. It will make Elite Reclamation a much richer story that it would have been if I’d just written it alone.

She’s an Imperial… would you help her, or hinder her?

Here’s something else you may find exciting…

You might recall that, during LaveCon, Michael Brookes mentioned that events in the official fiction might potentially result in missions ‘in-game’.

To facilitate this, I’ve adapted my timeline a little to ensure that the events of Elite Reclamation take place at the same time as you join the game world in 3300AD. No promises at this stage, but it’s just possible that you might find yourself wrapped up in the ‘Reclamation’ yourself, having to make a difficult call on which side you fight on. I think that will be pretty cool if we can pull it off. I’ll keep you posted.

Finally, I anticipate being able to do another video update once the first draft is complete, probably towards the end of this month. Pinching a cue from Frontier Developments, I thought I’d throw the floor open to questions that you might have. If you’ve got something you’d like to ask, put it into the comments below, or email it to me at drew at wagar dot org dot uk – I’ll answer them on the video.

Until the next time…

Share this:
Hell for leather
So what am I really trying to say?