It gives me enormous pleasure to announce that, yes, once again, I am embarking on the writing of an official Elite Dangerous novel.

The book will be called Elite Dangerous: Premonition and it is planned to be available in mid 2017.

So is it a sequel to Reclamation?

Lady Kahina will be returning

Premonition will definitely follow on from Reclamation, so if you haven’t read the earlier story you’ll be missing out on the background to some of the characters and the mysteries that will unravel.

I’ve had the opportunity to work much more closely with Frontier Developments on aspects of the story this time around and will continue to do so throughout the novel’s creation. We’re trying something that’s not been done before; writing a story which will evolve and morph depending on what happens in the game.

What will it be about?

First and foremost, the book will be far more intrinsically linked to the game than before. This time, the book won’t be a ‘point in time’ or a story tangentially linked to Elite Dangerous – it will be ‘the story’.

What Frontier have asked me to write is the ‘behind the scenes’ view of what is happening in-game and I’ll be writing it as it happens. All those disparate story-line threads you’ve seen: Halsey, Artefacts, Probes, Barnacles, Permit locks, The Rift, Imperial politics, Federal machinations, the secretiveness of the Alliance and those ‘Shadowy Figures’ – yes, they’re all connected and this will explain how – in a way that just can’t be done in depth in-game.

I’ll be able to incorporate player activities. Elite Dangerous wasn’t available when I wrote Reclamation. Now things are very different. As part of the story, there are various points along the way where players will affect the narrative via CGs, in-game events and players just doing their own thing in response to those events.  Your collective actions in the game over the next few months will genuinely have an impact on what I end up writing. As part of that I’ve been allowed to see what has been planned and contribute some of my own ideas into the game via Galnet, CGs and so on. I’ve been working with the Elite Dangerous developers to bring alive various points in the story, adding additional content, which will allow you to take part in that story, and be mentioned as a result for your contribution. I need you to solve some of the mysteries out there so I can write down that part of the adventure! Notable Commanders and groups will be immortalised as a result.

I can include a lot of lore and detail that has been alluded to in-game and expand upon it for you. This will doubtless be a relief to many given some of the changes to the background lore that have taken place. I can be ‘definitive’ once again! Quite a lot of original lore has survived the transition, but not all of it. (Reclamation is 100% canon by the way.)

We’ll get to see some of the more interesting locations in the Elite Dangerous universe, places I deliberately avoided first time around: The Achenar Capitol, the Sol System, and yes, even the worlds of the Alliance, Alioth in-particular.

In-game individuals such as Senator Patreus, Princess Aisling, Edmund Mahon and President Hudson will have their parts to play in this tale. This allows me to flesh out their characters and add some background to their personalities, something I perceived as a bit of a gap. Now you’re really going to find out what they’re like.

We all know that ‘Winter is coming’. Tensions are rising across the core worlds and the distant Pleiades star-cluster. Strange things are happening in the depths of space. This book will be a record of a most dramatic time in the history of Elite, that I can assure you! 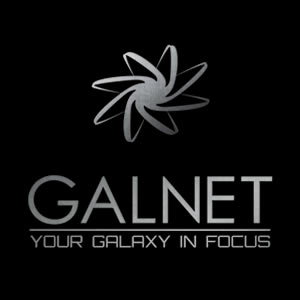 The book will be set in tandem with events in the game that are currently taking place, thus covering the events of this year and next.

You will have already seen aspects of the story unfolding via Galnet and in-game events. There is much more to come and there are many intertwined threads.

Naturally, as Reclamation was before it, Premonition will be an expansive space operatic adventure with a mix of space battles, conflict, drama, tension and political shenanigans – I’m sure that you would expect nothing less from me. Yet, it will also be looking to the future of Elite Dangerous, taking into account the Horizons expansion, including the Engineers and the upcoming releases, rather than being mired in the historical past.

What do you mean by ‘The’ Official Elite: Dangerous Novel?

I’ve been working closely with FD.

Fortunately for my nerves, it wasn’t necessary to have a Kickstarter this time.

Based upon the reception of my previous book, Reclamation, Frontier Developments approached me with what they were looking for. It’s fair to say we have been scheming together for quite some time and we have a rather more sophisticated arrangement for this book.

To be precise, Elite Dangerous: Premonition is going to be directly published by Frontier Developments themselves, rather than by a 3rd party as before, allowing them to take a direct stake in how the book evolves, how it is marketed and where it is sold. It will be their product, sold alongside the game.

We’re all signed up and ready to go. More I can’t reveal as the story is strictly limited by NDA as you might expect.

For now, I have to get my head down and start writing. As with Reclamation, I plan to keep you updated throughout with progress here on my blog, giving you as much of an insight as I can into the process of writing the next Elite Dangerous novel.

In order to follow developments in detail you can:

I’ll post regularly to Reddit and the Frontier forums too, please fell free to drop questions and comments via any of these routes, I’ll do my best to answer them!

Share this:
The Wheel Turns
Tionisla, a little background...