Back to the universe of Elite…

An update prior to the Elite: Dangerous Premiere as I doubt I’ll have time to do one next week.

First up, a bit of news. You know that I and many of other authors will be at Premiere, Fantastic Books Publishing has let me know that copies of all the FEF books will be on sale from the Frontier merchandising stand at the venue. If you’re lucky enough being one of those going and you purchase a book, feel free to seek me out if you’d like it signed.

In other news, FBP has also let me know that the audio version of Elite: Reclamation (read by Toby Longworth no less) is nearing completion and should be available for purchase in January 2015. You can pre-order it here in mp3.

I can’t wait to hear what this finished version will sound like. I’ve heard a few raw recordings, but the final version will have the sound follies from ED and Chris Jarvis doing the editing. It will doubtless be spectacular.

Dan at FBP has a little surprise for fans of the Elite Anthology at the Premiere too, but I won’t steal his thunder, check out his newsletter later today – just make sure you listen out. 😉

So what else is going on?

In the last few weeks the actual release date for Elite: Dangerous has been announced. It was always understood that it was going to be in 2014 and now it’s confirmed to be the 16th of December. This has been met with delight from most quarters (notably in the gaming press and social media), but with rather a lot of angst from the official Frontier forums.

The complaints seem to centre around two things: one; that the game is not yet ‘ready’, and two; that Frontier are pushing the game out to market to meet some arbitrary financial deadline. The concern is that the game will receive negative reviews because it is either buggy, or simply doesn’t contain enough content. Frontier themselves are appropriately tight-lipped about all this. They are, ultimately, a business. They clearly are aware of all these risks, but have made a decision to go with this ambitious launch date. This is not a decision that would have been taken lightly. David Braben had an unfortunate experience with the previous release of Elite (Frontier First Encounters) where the game contained high profile bugs. It’s inconceivable that he’s not taking that into account.

There are significant flaws with the current Beta 3 version. I myself have experienced the most commonly mentioned ones, lag and jolts in the game (even in Solo mode). Again, clearly Frontier are aware of this and will have taken that into account.

Frontier Developments is a far more mature company now than it was back in 1995 and have consistently met their deadlines for development during Alpha and Beta. This is no mean feat for software development regardless of project. As a business, they will be very aware that their reputation depends, in large part, on how ED is received, as a quality product. They will have taken a risk informed decision and I am confident that they know what they’re doing. 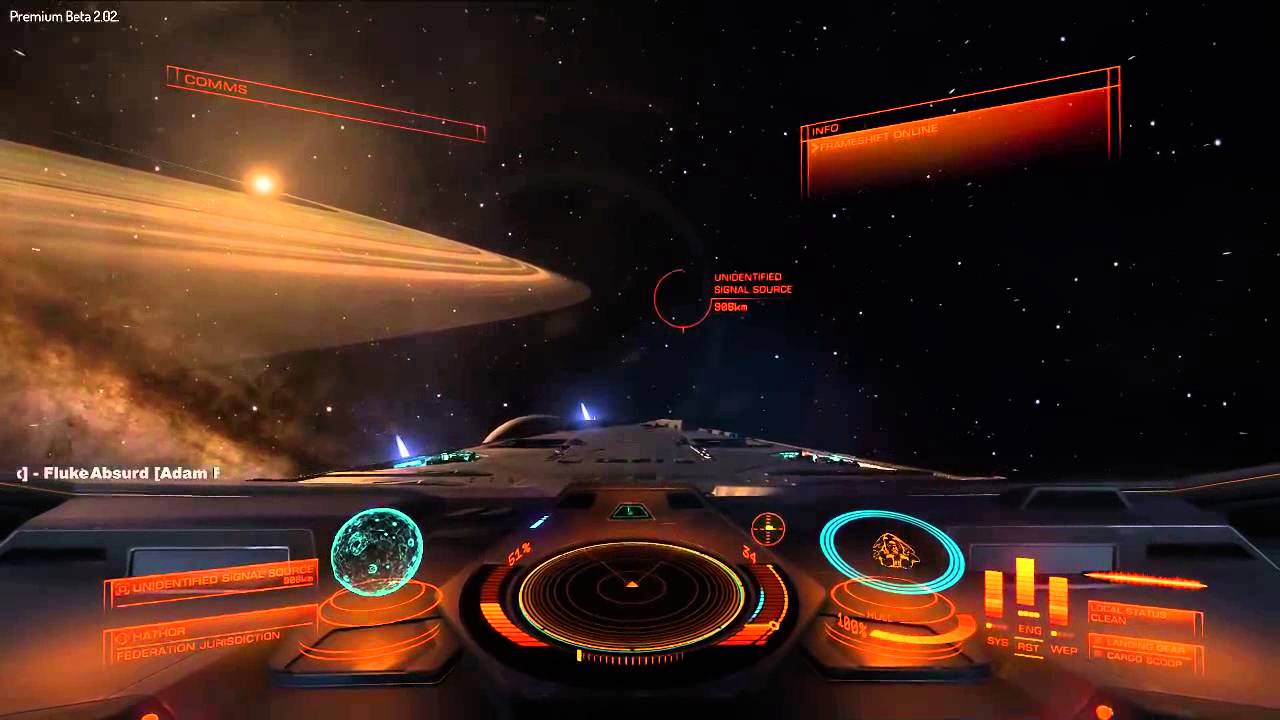 You never know quite what is waiting for you…

Out of the two, this one worries me a little more. It’s all very well having 400 Billion Star systems, but if they’re all largely the same there’s little point in visiting them. This was also a problem with FFE and the previous versions of Elite, a procedurally generated environment can turn out to be very homogeneous. It was interesting to compare FE2 to FFE to see that one of the biggest differences was in the inclusion of scripted content in the form of an ongoing player centric story.

This is complicated in ED due to the inclusion of multi-player. A user centric story is far more difficult to craft in this environment. The authors have offered to help here, but there has been, to my knowledge, no take up of this, though there is an active topic on minor player generated news items currently running in the DDF.

The game at the moment is limited to relatively simple trading, exploration of Unidentified Signal Sources (USS), mining and fighting (either with other players or NPCs). Whilst the graphics are superb, they are also somewhat repetitive. The insides of the space stations, for instance, are almost exactly the same with minor differences for style, though the one at Styx is worth a visit for the open grass areas.

Now the question is, how much more content is to come as part of the full release? Is Frontier sitting on a bunch of content they intend to include which hasn’t been present in the Beta? Or is what we currently see, minus the previously mentioned bugs, pretty much it for the initial release?

I suspect it is a bit of both. We know that a bunch of handcrafted content is being generated (the Sol system, for instance) and we know that more ships are inbound. How much content is still to be revealed is a closely guarded secret. I think this is good – to be honest, as a player, I’d rather not know what a lot of the ‘cool’ stuff is going to be in advance. That would spoil the game. The Premiere is likely to be the point at which some of this is revealed (with a bit of theatrics no doubt) and my guess is that we’re going to see some quite remarkable extra things in the game that folks haven’t anticipated.

However, even if we don’t, the game, with those pesky bugs ironed out, is ready for release. The forumites who’ve already been playing this game for a year mostly fail to realise that they are acclimatised to the game, many having sunk vast quantities of time into it already. It’s hardly surprising they’ve become a bit jaded.

I expect Frontier to be providing a gentle,but regular update to the game following release, seeding events, dropping in new missions, enhancing content as they go. I suspect the Beta programme was there just to test the framework of the game, with much of the richness held back for release and future drops.

So yes, it’s ready and it’s going to be great.

Congratulations to the Frontier Team for reaching this point, I look forward to meeting them again on the 22nd and I wish them the very best for the 16th of December. Hopefully they’ll be able to have a well earned Christmas break!