Ten years ago today I joined the Oolite Forum. I had done so because the week before I discovered that Oolite, a fan-remake of the original Elite by David Braben and Ian Bell, existed. It was May 19th, 2006.

It had been over ten years since the last official outing in the Elite universe, Frontier First Encounters, in 1995. In the intervening years, rumours of ‘Elite 4’ had come and gone aplenty, but it seemed unlikely that it would ever be made. How wrong we were!

Oolite was a little different. Unlike the original game it was ‘open-hooded’. You could tweak parameters, alter settings and, if you were clever enough, create ships and missions of your own. Many used this to create bits of the ‘lore’ of Elite that were missing from the original 8-bit games, the Tionisla Orbital Graveyard from the Dark Wheel being my favourite. 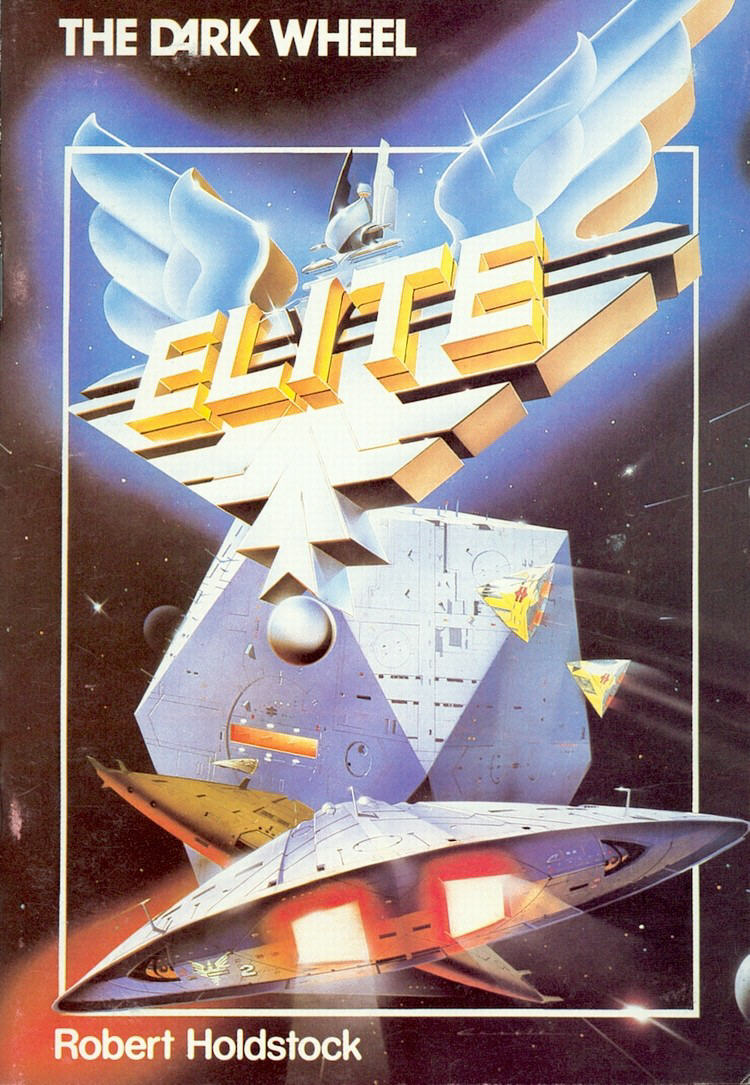 The Dark Wheel, By Robert Holdstock

The novella that accompanied the original game; written by the late great Robert Holdstock. It set the tone for Elite, expanding on the sparse procedurally generated backdrop, promising more than just the obvious, creating myths and legends that still live on today. Despite no longer being recognised as canon in Elite: Dangerous it lives on. Who has not heard of the mystery of Raxxla?

Oolite already had a short story written for it, but I thought it deserved a bigger adventure and set about writing it. ‘Status Quo’ was the result – a slightly tongue-in-cheek homage to the new and the old and not meant to be taken all that seriously. To my surprise it was wildly popular. It was followed up by no less than three sequels, culminating in ‘Finis’ at the end of 2011.

That was going to be it as far as I was concerned. Enough Elite for me, an itch scratched. I’d learnt a lot about writing in the process for which I was very greatful. I started working on the first book in what was to become the ‘Shadeward Saga’ in early 2012.

Of course, the rest is history. You know about the Elite: Dangerous kickstarter that exploded onto the scene in late 2012, quickly followed by the writer’s packs. You probably recall the madness of ‘kickstarting a kickstarter’ that ultimately led, detractors and naysayers notwithstanding, to my official novel Elite: Reclamation. I aimed to write something “by a fan, for the fans”. I trust I did a good enough job.

But it wouldn’t have happened if I’d not found Oolite and the generous community contained therein all those years before. Those of you who only know Elite via Elite: Dangerous and have enjoyed my Elite novel owe a debt of thanks to a relatively small online forum, a few coders working late into many nights creating something out of sheer passion and absolutely no financial reward whatsoever. Oolite wasn’t the only fan led project that kept the flame burning in the long darkness between FFE and ED, but it was the one that burnt the brightest for me, and the only one that has stayed faithful to the original gameplay and the original lore.

So this little tale is my way of saying thank you to the Oolite community, and, by extension, the wider Elite community; thank you for the welcome, thank you for the fun and thank you for the encouragement and support that allowed me to write an official Elite novel, thus fulfilling a life’s ambition and completing a circle that started when a thirteen year old boy first opened an overstuffed box on Christmas day and out tumbled a lenslok, a cassette, a ship identification chart, a keyboard overlay, a manual and a novella. That was where it all began…

And this, my friends, is the end of the Oolite Saga.

Altera, the fifth and final part of the Oolite Saga

Share this:
My new project
A word on progress