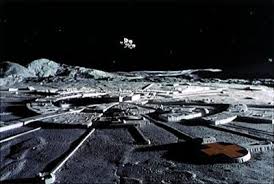 No! Not that Alpha…

It’s now so close to the Alpha release of the game, the tension is almost palpable. Frontier have been suspiciously quiet of late, with hardly a whisper emerging from the hallowed headquarters at Cambridge. My spies inform me that all resources have been turned to getting the Alpha out.

The Alpha test PC specifications are out as well. If you haven’t seen them, they’re as follows – based on Michael’s PC:

This is quite interesting on a number of fronts. Firstly the game is going to make use of reasonably hefty hardware. The spec above will ‘run’ the game, but we have been advised that if you want all the detail and special FX, then you’re going to need to be above this level. Quad core implies some fairly heavy parallel lifting in the game engine and the graphics card suggests a large amount of texture information. The GTX 285 isn’t cutting edge, but it’s by no means a ‘lightweight’ in the graphics card stakes.

It’s unclear at this stage whether the final game requirements will be higher or lower than this. There will be optimisations along the way that will improve performance, but the Alpha (in the initial versions at least) will be single player against NPC, so potentially less heavy on the hardware. We’ll have to wait and see…

Still no news on the Starmap either, but I’ve heard rumours that it may be delayed until the new year given the focus on the Alpha. This is running the resultant editing quite close to the wire, so it looks like the new year is going to be full of last minute tweaks and a few ‘ye gods!’ moments in terms of finalising the story. Let’s hope no major surgery is required because the Prism system is just too far away from somewhere else I need to use.

I also need more information on the weaponry, shields and ship configurations, not to mention the frame shift drive, hyperspace and how the space stations work. Hopefully the Alpha will allay some of this, but I still have over 100 -CHECK DETAILS WITH FRONTIER- marks in the text which I need to remove.

Audiobooks will brighten a lot of people’s day.

We (as in FBP, John Harper, the Anthology Crew and myself) have also launched our new Kickstarter. Two days in and we’re already at 21% of the target with KickTraq shoving us into the No. 1 position in the publishing category. We’ve thrown our all into this and I can heartily recommend the outcome to all pledgers across these books. We’ve got lots of exciting content coming, Lave Radio is involved, Frontier has approved and even Michael himself has made a generous pledge.

It’s been rather odd going back into the world of kickstarter, but after the banter got going on the comments page, we all started feeling right at home again – why not join us? There are some fabulous vids by our resident Commander Dan too.

Please take a look and see if you can support us financially, or just by getting the word out there, what we need right now is publicity – plain and simple. If you can tweet, facebook, blog, email or anything else on our behalf we’d be extremely grateful. Nobble any philanthropic millionaires along the way too!

Finally a bit of eye candy. Griff, a famous Commander in the Oolite quadrant generously helped me out in getting one of his Cobras to work inside SpaceEngine. Result below. Stay tuned for more of this…

We write on, Commanders!

Share this:
History in the making
In his everlasting name