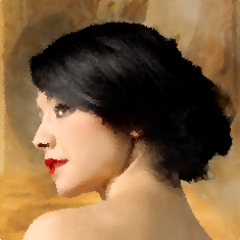 She was confirmed killed at 20:49 gametime on 29th April, 3303, succumbing to hostile fire from Commander Harry Potter.

Salomé’s death was the result of you, the Elite Dangerous community, what you did and didn’t do. I set out to write your story. For good or for ill, for heroes and villains, for Elitists and for compatriots, for factions and lone-wolves, for griefers and carebears – this is the universe of Elite Dangerous and the book will be true to that zeitgeist.

She survived, in open mode, being assailed by hostile commanders almost immediately, for 1 hour and 45 minutes due to a combination of strategy, practice and a measure of luck. She even had our start location advertised. I’ll agree, the odds were against her.

Salomé got within 6 systems of our target, having fought her way across 600 lightyears of space. Her ship was battered and damaged. At the point Salomé was finally interdicted her hull was holding up well, but the modules within were shot. The FSD drive was failing to engage. Chaff and weapons were offline. We had an AFMU – we’d already used it completely – twice. We prioritised repairs to the FSD  (not the hull as you can’t repair it! – my bad), shields and thrusters, hoping to limp on. We had stocked up on jumponium, but we had used it all in our flight. We suffered some client disconnects, but we never combat logged.

She didn’t make it. Harry Potter dealt the death blow, but she was already dying by that point due to other interdictions by hostile players and our attempts to escape using emergency FSD drops. Contrary to rumours circulating, Commander Potter wasn’t part of Salomé’s wing at any point. A valiant proactive, reactive and strategic defense was managed by allied forces in an attempt to keep her alive. You can read about that here.

When news of her death was confirmed there was silence. Deep meaningful silence. Then sobs and cries. Anger, vengeance and retribution followed. This was humanity – this was the aim.

Yes, I had anticipated her death. Clearly that was a highly probable outcome. Personally I was hoping she would make it. She had a speech all ready to go – she liked speeches. That will never see the light of day now because you changed the story. But this wasn’t scripted, there was only preparation for as many eventualities as we could foresee. The logs in the Teorge system were revealed by the three protagonists that did make the flight.

The Elite Dangerous universe goes a different way, a page is turned. This chapter is at an end.

There was a lot that went wrong (some of it in our control, some of it not), much that could be improved. I will review it and learn from it, as will others. Rest assured, those behind their scenes did their utmost best to make this work. They deserve your praise regardless of how you view the outcome.

I would like to thank everyone who contributed, in any way. The sheer hard work and dedication of my team of conspirators in planning the event, the military precision of the private discord channel attempting to plot a path through the madness. The wider community discords attempting to bring some organisation to the chaos, those who did what the hell they liked. The streamers, the viewers, the forum and reddit denizens, the tinfoilers. For Frontier in creating this amazing game and working with me to build this story. Even Harry Potter. You all played a part.

Edit – Lave Radio has published an interview with the Children of Raxxla and the PAC. It is a good guide to what really occurred on the 29th.

Edit – More details can also be gained by listening to the BroCast Podcast on the event.

Edit – An extremely well-written article on the events of the 29th, by Polygon.

Share this:
Elite Dangerous Premonition is with the editors
29-04-3303 Your universe needs you, CMDR!