Now that’s what I call Worldbuilding 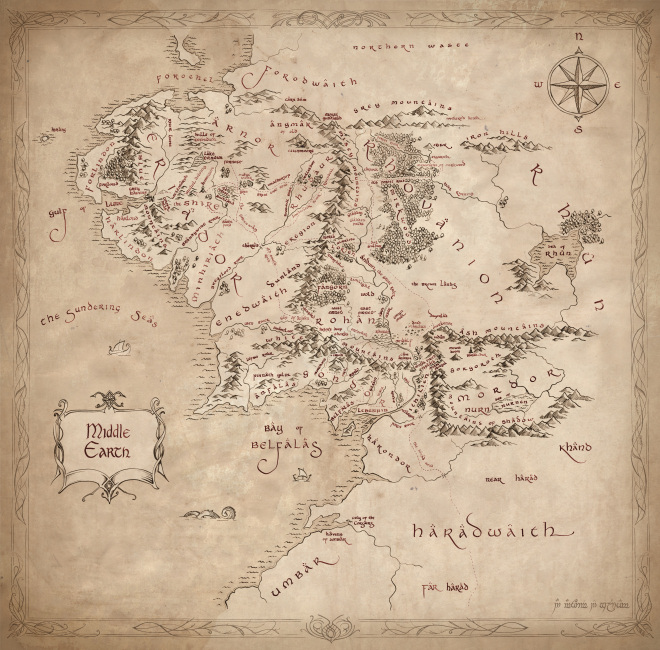 Worldbuilding is the art of constructing a fictional world for a purpose. That purpose might be, as in my case, the need to write a book. It could be for a role playing game, or a computer game. The idea is to try to create an imaginary place with a coherent set of qualities.

These qualities can take many forms: history, geography, even ecology and language. Tolkien famously drew maps for ‘Arda’ (or Middle Earth as it is commonly known) but also constructed languages for the peoples of his imaginary world.

Many budding fantasy authors have reams of hand drawn maps of their worlds tucked up safely in the attic, awaiting a burst of writing to occur… maps, in particular, have a strange allure.

The main reason to do all this is for consistency. It’s annoying for many readers to find inconsistencies in the location of cities, or the history of peoples, or even a character’s backstory.

At this point in ShadeWard, I’ve written a reasonably detailed history of the various elements of my world and I’m now locking down the geography. I’ve needed to do this as my characters are beginning to undertake significant journeys and I need to be sure on the distances and precise locations involved.

In short, I now need a good quality map.

Early concept art for Esurio, but not good enough for a map

I started out in the old fashioned way and drew one. Now, I’m no artist and it’s not really my skill, but here’s my attempt at fashioning a continent on a piece of paper. Well, it’s a start!

As many of you saw during the creation of Elite: Reclamation, I used the SpaceEngine tool to map out my planets and grab some screenshots from the various locales in the book.

What I’ve decided to do with Shadeward is take that approach to the next level. Model the entire planet in detail and then use that as the map. This has two advantages. The map is generated for me and I can zoom and pan around it at my leisure…

…better still, with the wonders of procedural generation, I can zoom down onto the map, stand in the chosen location and have a look around! I can even follow the characters on their journeys and see how the landscape unfold for them.

So how do you do this?

The main continent on Esurio is now built

In SpaceEngine what you have to do is write a ‘config’ file (with the suffix sc) and drop into that all the parameters needed for your world. This includes location, orbit, atmosphere, clouds, tidal locking, sea level, temperature… the list goes on and on. You then start to build the continents, setting parameters for mountains, hills, plains, dunes, rivers, deserts and so on. After that you can render up the planet and see what you have. In my case it took quite a while to get the continent looking roughly like the one I’d come up with on paper.

You do have to be a bit careful here, push one parameter that little too far and procedural generation will completely devastate your planet. Oops!

Once the planet is ready you can map it. Here I’ve switched off the clouds for the sake of clarity and then mapped the locations in the story. Big text for the continents and smaller text for the notable cities.

Remove the clouds and you have yourself a map! The major countries and cities now have locations.

Then it’s time to go have a look!

The beauty of SpaceEngine is that you can drop down to the surface. My laptop isn’t really up to much graphical fidelity here, so these are still pretty rough. I will run them through my ‘uber’ PC at some point – alas it’s not portable!

View from the Island of Amar. This is a long way sunward, so it’s warm here!

These vistas have a stark beauty about them. Obviously there are no cities, people, or even vegetation (though the dark streaks are deliberate – it is likely that vegetation would be dark green, or almost black in response to the abundance of infrared radiation from the Red Dwarf) – that may come in a future version of SpaceEngine! What these images do give me as a writer, are a general feel for the area. How mountainous it is, how high is the star in the sky, is there a river, sea, lake nearby, how hot or cold is it?

Viresia is the capital city in a more temperate part of Esurio at the shadeward end of a ‘Loch’.

I’m a very ‘visual’ writer, so these images will form the basis of the descriptive work I do on the location. Esurio is now a ‘place’, which means I can follow my characters around the planet, see what they see and thus enhance the feeling of ‘being’ there on behalf of the reader.

In the far shadeward town of Nireus, the star is below the mountains and it’s very cold.

Worldbuilding has come a long way since scribbling down rough ideas on pieces of paper. Tools like SpaceEngine allow you to realise a much more dynamic environment and really ‘explore the map’. As the tools get increasingly more sophisticated, it’s going to be possible to do so much more.

A desert in the southern continent of Taloon. Traipsing across here is not for the fainthearted!

Progress on the book is still good, with the 80k mark having recently fallen. Progress will probably fall behind schedule over the Christmas break, but I’ll be back in the new year with more news. In the meantime enjoy the pictures from the surface of Esurio and remember…

“Turn your face to Lacaille, and your shadows will fall behind you.”