Posted by Drew Wagar on Aug 9, 2013 in Progress Report

I love that phrase ‘Hell for leather’, I must track down where it comes from. It’s apt though and the meaning is clear – go for broke, last ditch attempt, punch it Chewie!

No exposition on the topic du jour I’m afraid and only a short update today.

Word count has been pretty static this week. I’ve made a few edits, but no major forward progress. As I mentioned last week time was in short supply. My eldest son turned into a teenager on Tuesday, and we’re off to see a collection of Stradivarius violins at an exhibition in Oxford today. Thus this update is being despatched automatically.

Major things are afoot though, not least the impending arrival of www.drewwagar.com . I’ve been spending a bit of time consolidating my internet presence in preparation for the book launch next year. This is best done months in advance, so I’m starting now. This site, and my other blogs and websites will be repointed. All the posts and comments will remain intact, but they’ll be given a new home. If you’re following me on facebook, twitter or G+ you should have already spotted this.

Stay tuned, if I can get it all sorted in time, www.drewwagar.com will launch around the 17/18 of August. Some new goodies will be available at the time too. 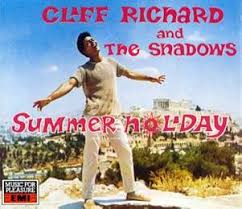 Bet you’ll be humming that for hours…. he he…

But even more importantly… I’m off work (as in my job) for the next two weeks. The second week is family hols, but next week the kids are off to grandparents, so I will be putting in some hours in on Elite Reclamation. The coffee machine has been notified.

It may be ambitious, but I’m aiming to finish the first draft next week, timing that with the launch of www.drewwagar.com . That will be a major milestone achieved. Houston, we’ll have a story.

I’ll keep you posted throughout. I may need some encouragement, so keep an eye out if I make a desperate attention seeking writeresque cry for help.

Video update in the works too, so if you’ve got a question for me, now’s the time. Comment below or ping me a mail at drew at wagar dot org dot uk.

See you on the other side, Commanders. Engaging hyperdrive.